Perhaps a Congratulations is in order?

If you’re a recent graduate, as I am, then you’re just about to head out into the big bad world of the labor force! It’s really not so bad, and if you’re in the tech field, you’re in luck! There’s a ton of positions that need to be filled, and hardly enough of us to fill them! So, make the most of it! Chances are, there will be less entry level positions, but I’ve been introduced to so many, that that doesn’t appear to be the case! So, learn how to hustle, otherwise you’ll have to settle for less! 😉 If you’re more senior, hopefully my great insight into human behavior will be of some use to you. If not, then I apologize ahead of time and wish you the best!

Now that the pleasantries are out of the way, what are these recruiters?

I’ve heard them called many names (e.g., recruiters, head hunters, relationship managers, etc) and all of them seem to be indicative of some part of their roles. They could be called all of these, because all of these are true. They recruit people, they hunt various locations for potential recruits–which have heads–, and they manage relationships.

These are all basic things derived from their names. I think the best thing to notice, is their language. They use the term opportunity, when referring to an available position. At first glance, it appears to be a lavish way of saying a potential job, but I think it speaks more of the profession than anything else. They are, very much so, opportunists. That being said, they are great to have by your side, though pretty dangerous at the same time. So, tread carefully.

Of course, not all of them will be fully focused on the opportunities, they will also be focused on managing a relationship. These, more often than not, are the ones you want to have by your side. They take the time to get to know you, and leave you feeling like a person; not a product. They do come in some varieties, and you will likely come across all of them, unless you desperately need to rush into a position, in which case you’ll come across the “first responders”. They’re quick, and will hit you like a wave from a bursting dam, if you’re unprepared! 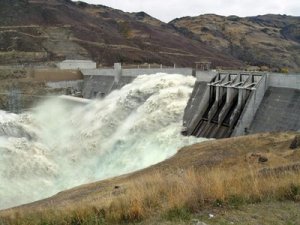 All of the first responders seem to be third party recruiters, and will generally keep an eye, or have some sort of alert go off, when your resume meets certain criteria in a job searching site (e.g. dice, indeed, etc). Most of them tend to rush through introductions, and getting a glimpse of what you are capable of. Some of the slower third party recruiters tend to take a little longer and really get a feel for them. The best analogy I could come up with is, picking a puppy from a breeder, or a shelter. You generally don’t want one of the hyperactive ones, they will be terribly troublesome, and annoy you quite a bit. They focus on their needs, and don’t quite take you into consideration. They come to you from time to time, but it’s usually because they need, or want something from you. The later ones, the betas, at least in appearance, seem to take their time getting to know you, and maybe do take you into consideration. Those are the ones you really want to work with! If you’re interested in those, feel free to send me a tweet or message, I’d be more than happy to recommend them to you. If you’re curious about the hyperactive and less caring firms, ask, and I’ll give you as much detail on them as you would like!

Somewhere between and after the first responders and the betas are the corporate, or company recruiters. They have a stable job, and can afford to take their time. These tend to take you into greater consideration, and are as pleasant as the betas. Given that the relationship with this recruiter is only limited to the company, they don’t have to great a role, outside of the hiring process there, than the betas. I would definitely encourage you to find a good beta for those future job hunts!

These are just categorizations and analogies I used to make more sense. If you would like a better grasp of them, here’s a few links I read to better understand them and their roles. 5 Things You Should Know About Job Recruiters by Susan P. Joyce gave a good list of things to know about them, then breaking them into generic types (internal vs. external). Working with Recruiters by N-Jen gives you an even greater look at recruiters, and how a general transaction with them will go. Finally, I add this one because it focuses on the recruiters side of the transaction, 5 Myths About Working With Recruiters by Arnie Fertig. You have mine, from a non-recruiter stand point, so, I feel it’s important to get at least one from a recruiters point of view!

Here’s where you really have to use your brain!

Recruiting, especially technical recruiting, is a highly lucrative business. The sheer demand for the technical field makes this such a great opportunity for recruiters to make money. It’s also another great opportunity for the job-seekers to take advantage of their demand. Hence, the great demand for technical recruiters. Most would say they are a necessary evil, but necessary for whom? Given the great demand for the technical job-hunter, it’s in the companies best interest to shotgun job offers, and try to get the lowest bit for the most qualified possible recruit. So, the recruiter’s are not only searching for the best possible recruit, they’re also searching for the lowest possible bid. It’s true, they do make more money with the greater amount that you make, but think of it this way:

This is  overly simplistic, but I hope it will give you a sense of what you’ll be getting yourself into. This is an economic game your playing, so make sure you go in with as much preparation as possible. If you’re interested in looking up these concepts, get some more information on game theory! If you’re not familiar with it, maybe you’re familiar with artificial intelligence, and a few of it’s corresponding concepts! Think of the recruiter as an optimized agent of profit! Their goal is to maximize their profit. Likewise, your goal is to maximize your profit. So, the ideal would be a zero-sum game. Both parties benefit mutually, and none will be left feeling like they pulled the short straw! This isn’t a simple take-take relationship (though I have come across a few recruiters that were more focused on the take, vs. the giving). You have to give, in order to receive. Likewise, you should expect something in return for something else.

This was the aspect of my communications with recruiters that was the most entertaining. They were constantly asking for more and more information, though only giving empty praises, and offering no opportunities. Remember, this is a game of the mind, if you place a great value on complements, then it will still be zero sum! Though, your bank account and future career may be less convincing of that fact! Don’t be tricked by complements, they could cost you thousands! I personally don’t think they’re worth that much, but if you do, then don’t feel bad when you’re paid significantly lower than your peers! If everything feels staged to you, or not sincere, that should be a big warning sign; you’re entering an assembly line! Also, be careful with what information you make available.

One of the best requests was, “Where else are you interviewing?” This is a very interesting question, because it seems harmless enough. They state, “We just don’t want to offer you the same opportunity.” That’s believable enough, but when all of them say it? It’s almost as if they’re all attending the same recruiter school, with the same phrases! I definitely enjoyed this game, because everyone would continue to say it. I went one step further, and provided as much information to them as I could for these positions. I even fished for some extra questions. They don’t like abbreviations of these companies (a dead giveaway that they’re not looking for your best interest!). What you may think is a prevention of removing collisions, is actually a fish for more opportunities. Remember that little snippet of code? Let’s say they have a recruit, that is going for $70,000, and they have you going for $80,000. They can now swoop in, with that other–potentially equally qualified–recruit and seal the deal! Or at least offer you more competition, which I am a fan of, but not when it collectively decreases our worth! Again, game theory, they can get more recruits coming in, and fill more positions with less pay, which will allow them to make more profit in the end; this will end up hurting you. That being said, if you have very little interest in the position, feel free to share it! Again, it is a give and take relationship, just make sure you level the playing field enough to keep it even, or, if possible, to your advantage!

Other tactics I’ve seen, were related were along the same lines. If you’ve noticed any tactics used, please let me know and I’ll add them here! I’ve heard some horror stories, where the recruiter would coerce you, or make it seem that you’re not worth their time. I have not had an experience like that, but if you have, I’d definitely be interested in hearing about it!

Some closing remarks, and such.

Remember, every opportunity to interview, is an opportunity to improve yourself. So, don’t be stingy with the information, but keep the ones you’re really interested to yourself! Also, make sure they’re pulling their own weight as well. Fishing for information, without providing any is definitely working against you! Do yourself a favor, and get a beta! It’ll make your life so much easier! 🙂 Also, be respectful to the recruiters, they have a pretty tough job.

As I said before, if you’re interested in getting some additional information, find me on twitter (you don’t even have to follow me, and I’ll respond!), or on LinkedIn. I’m in the Chicago area, and have been in correspondence with Chicago based recruiters, mostly. So, if you’re looking to move here, or are already here, then you’re in luck! I’d be more than willing to provide you the information to some of the great recruiters I’ve met, and also which ones to avoid around here! If something wasn’t clear, or could’ve been better covered please let me know! Well, good hunting, and don’t forget the ones you leave behind! 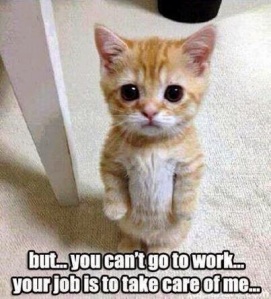